Mark Twain's House With a Soul

﻿
﻿
﻿
"To us, our house….had a heart, and a soul, and eyes to see us with: and approvals and solicitudes and deep sympathies; it was of us, and we were in its confidence and lived in its grace and in the peace of its benediction."
- Mark Twain -

I'm standing with my two daughters and a small group of other fans, in the dimly lit hall. We're enveloped by antique memorabilia, clearly from a kinder, gentler time, but we've been told to "expect the unexpected" on this ghostly tour of the Mark Twain House, the author's family residence in Hartford, CT.


Standing here in the place he and his family called home from 1874 - 1891, their presence is so strong that I almost expect them to come sauntering through the ornate manse which, by all accounts was always filled with life and laughter.

He started as a riverboat pilot and ended up as one of America’s most revered authors and humorists. Rumor has it that he took his literary name from measuring the depth of the water while working on the river - "marking the twain."
﻿
﻿
Today, Mark Twain (born Samuel Clemens) is synonymous with American literature.

Born on Nov. 30, 1835, Clemens traveled throughout the world before choosing Nook Farm, in Hartford (the “most beautiful place I’ve ever seen”) as the spot where he would build his estate which stands to this day, as a silent - although slightly garish - memorial to his genius.

The Hartford Daily Times predicted at the time that, “The novelty displayed in the architecture of the building, the oddity of its internal arrangement, and the fame of its owner, will all conspire to make it a house of note for a long time to come.” But then, could anyone expect less from such an eccentric, unpredictable character?

The building - custom-designed by New York architects Edward Tuckerman Potter and Alfred H. Thorp, and decorated by Louis Comfort Tiffany - served both as the family home and very busy social center for Clemens, his wife, the former Olivia (Livy) Langdon, and their three daughters, as they played host to some of the 19th century’s most glamorous personae. 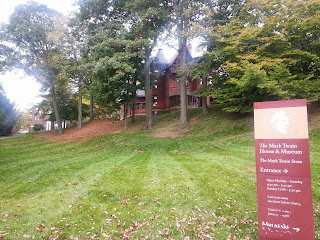 As our guide Bridget takes us through the dimly lit passages and regales us with tales of "eerie occurrences," I'm transported to a kinder, gentler Victorian world full of frills and ornate extravagance. And while few of the original Clemens' furnishings remain, I'm happy to give myself up to this splendid gilded age, almost expecting to see Sam himself frolicking in the conservatory with one of his girls riding on his back as they played in their “jungle.”

I can almost hear the raucous laughter around the richly set dining room table (the sterling flatware was Livy's) as Sam circles the room, treating his guests to some anecdote or other, bringing the predictable peals of laughter.

According to Bridget, "strange things have happened here and some people have even seen a cat crossing through the room."

The library, perhaps the most appealing room in the mansion, boasts a large, carved mantelpiece, which the Clemens' found in a Scottish castle and “simply had to have,” and bears a brass plaque which reads the words of Ralph Waldo Emerson, “The ornament of a house is the friends who frequent it.”

Sam and Livy evidently believed in pampering overnight visitors as the guest room houses a handsome mahogany bedroom suite, private bath and dressing room. He also believed in modern amenities and purportedly had the first shower and telephone in Hartford.

The second floor houses four bedrooms and the schoolroom where the girls were tutored by their German governess. Their original cradle is on display, as are many period toys and artifacts, poignantly placed as if some busy hands will soon return to resume play.

As Bridget informs her transfixed audience that, "The schoolroom is one of the places where people feel the most eerie activity," I'm compelled to react in the "spirit" of the moment. I lean in and gently blow on the back of my daughter's neck. She levitates and screams, causing the other people around us - including our guide - to do the same. Having gotten the desired effect, I'm content to move on, barely able to contain myself.

A huge, ornately carved walnut bed on which rest four angels on each corner post, dominates the master bedroom. Clemens, thinking it was a 16th century masterpiece, paid $200 for it in Venice. The fact that he later found that he had been “ripped off” didn’t diminish its value in his eyes. He and Livy slept in “the angel bed” upside down so that, “The headboard is the last thing I see before I go to sleep and the first thing I see when I awake.” Mark Twain died in it on April 21, 1910 in his subsequent home in Redding, CT.
﻿﻿
﻿The top floor was “off limits” to the family and was where the master worked and played on his beloved billiard table. It was in this room during the 17 years that he lived here that he wrote most of his famous books.

His success was boundless during the 1880s but sadly, as the decade drew to a close, Clemens encountered financial calamity which forced him to abandon his beloved Nook Farm in 1891 and move to Europe.

In 1896, while Sam and Livy were in England their daughter Susy - who had returned to Hartford for a visit - died of meningitis in the house at the age of 24. They never occupied the house again after that and it was sold in 1903.

In 1929, the state-chartered Mark Twain Memorial and Library Commission purchased the property and The Mark Twain House was named a National Register Historic Landmark in 1963. 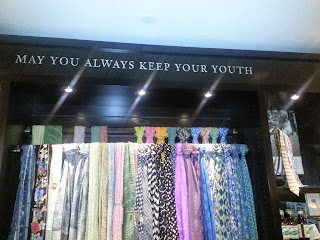 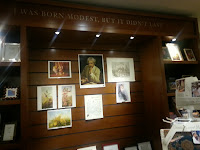 In 2003 the state-of-the-art Mark Twain Museum Center opened, offering a gift shop, special events and educational programs for fans of all ages to learn more about the author and his legacy, his family and the house.