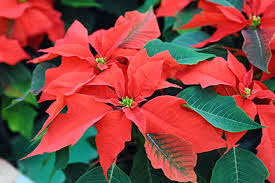 Long before the poinsettia became a traditional symbol of the Christmas season in Mexico, the Aztecs cultivated the red and green plant, which they called cuetlaxochitl, meaning: "mortal flower that perishes and withers like all that is pure," in their native Nahuatl.

Poinsettias were a favorite of both kings Moctezuma and Netzahualcoyotl for many reasons - not the least of which, was because the red flowers represented blood sacrifices so favored by the Aztecs. On a practical note, the flowers were used to make valuable red dye and were thought to have medicinal powers such as stimulating circulation, healing skin infections and curing high fevers. 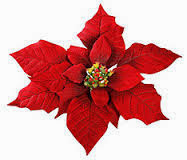 In the 17th century, Franciscan priests living near Taxco noticed that the scarlet flowers bloomed during Christmas time and resembled the star of Bethlehem. They began using them to decorate churches and altars during the Fiesta de Santo Pesebre, or celebration of the Holy Manger. 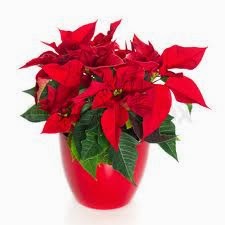 According to legend, people flocked to church, long ago on Christmas Eve with bundles of flowers to fill the Christ child's manger. A little boy named José was very upset because he was too poor to buy any flowers. According to the story, an angel appeared to him and told him to pick some weeds from a nearby field. José did as instructed, but when he put the weeds in the manger, they were transformed into beautiful scarlet flowers, which Mexicans to this day, call Flor de la Noche Buena (Flower of Christmas Eve), or simply Nochebuenas.


When Joel Robert Poinsett, the first ambassador to Mexico (between 1825 - 1829) saw the fiery flower he was so taken with it that he sent several to his home state of South Carolina so that they could be raised in his greenhouse. Initially dubbed the "Mexican Fire Plant," the plant was later officially named the "poinsettia" in honor of its "discoverer."

By the early 20th century, the poinsettia was already popular throughout the US and was being sold as potted plants. The rest, as they say.....is history. 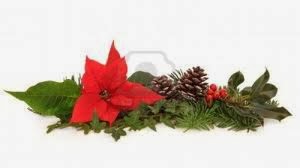