Valentine's Lore and Love at Sea 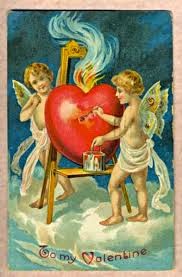 It seems that when the calendar flips over to February, we automatically start to think about love because - as we all know - February has been designated the month for lovers, highlighted Valentine's Day on February 14.

While no one seems sure of how - or why - Valentine's Day became such a "hot" tradition, it can be traced to the ancient Roman festival of Lupercalia. Others connect the event with one or more saints of the early Christian church.

The ancient Romans held the festival of Lupercalia on February 15 to ensure protection from wolves. During this celebration, young men struck people with strips of animal hide and women took the blows mainly because they thought the whipping made them more fertile. After the Romans conquered Britain in A.D. 43, the British borrowed many Roman festivals, possibly forming the link between that festival and Valentine's Day, because of the similar date and the connection with fertility. 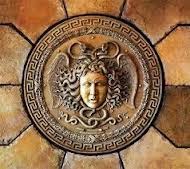 The early Christian church had at least two saints named Valentine. According to one story, Roman Emperor Claudius II in the A.D. 200s forbade young men to marry because he thought that single men made better soldiers. Allegedly, a priest named Valentine disobeyed the emperor's order and secretly married young couples.

Another story tells that Valentine was an early Christian who made friends with many children but the Romans imprisoned him because he refused to worship their gods. The children missed him and tossed loving notes between the bars of his cell window. This tale may explain the modern-day tradition of exchanging messages on Valentine's Day.

Another legend states that Valentine restored the sight of his jailer's blind daughter. Many stories relate that he was executed on February 14, around 269 A.D.

Whatever the reason, the tradition continues and fortunately for us, there are activities throughout the world to honor the special day.

Often, lovers plan romantic escapes and what could be more romantic setting off to sea with the soothing ocean gently transporting you through time zones and different cultures? There's still time to book a last minute cruise so that you can be happily onboard for Valentine's Day. Here's a quick look at what's still available:
And, in case you were wondering...nothing spells romance like Rio! 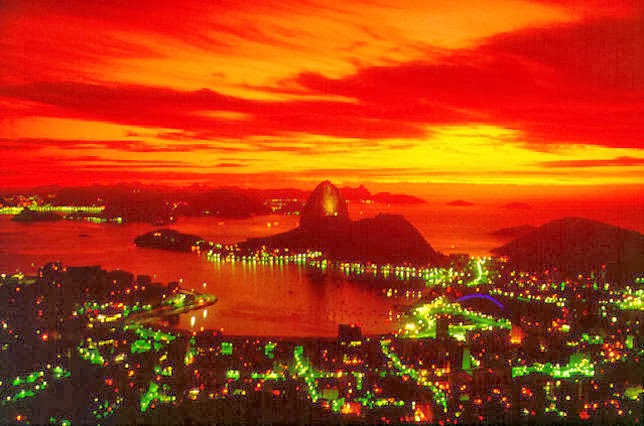