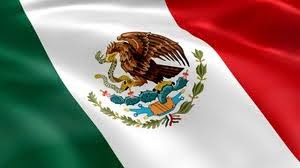 Mexico gives vent to patriotism kicking of their annual Independence Day celebrations, starting on September 15 at 11 p.m. If you're traveling anywhere in Mexico during the month you're apt to see hotels, restaurants and cafes decked out with Mexican flags, sombreros and colorful serapes. You'll also see special food and drink items on menus throughout the country in honor of celebrations commemorating Mexico's independence from Spain in 1810.

Many foreigners confuse Cinco de Mayo (May 5), mistaking it for Mexican Independence Day.

Celebrated on the night of September 15 and all day long on September 16, the festivities honor the official start of Mexico's War of Independence, which began on Sept. 15, 1810. It was on that night that Father Miguel Hidalgo rang the church bell in the town of Dolores Hidalgo and cried out his impassioned, history-making “Grito de Dolores” (shout of Dolores) calling the citizens to revolt: "Viva Mexico" and "Viva la Independencia!"


The fiery bald priest has been immortalized in colorful murals and statues throughout the country ever since. Hidalgo and his fellow revolutionary Ignacio Allende were eventually captured and beheaded and the war for independence went on for more than a decade.

The cry for freedom was eventually taken up by an army of patriots under Gen. Agustín de Iturbide, ending with the Treaty of Córdoba, signed on Aug. 24, 1821 ending 300 years of Spanish domination in Mexico. Iturbide appointed himself emperor of the new nation in 1822 and was crowned in Mexico City as Agustín I. His empire was short lived. Ten months later he was forced to abdicate and the republic was proclaimed.

The “liberty bell,” Father Hidalgo rang now hangs above the main entrance of the National Palace in Mexico City, office of the modern-day Mexican presidents. It is rung at 11 p.m. on the eve of September 16 each year by the president of the republic, who shouts a revised rendition of the patriot’s cry: “Que Viva Mexico!" 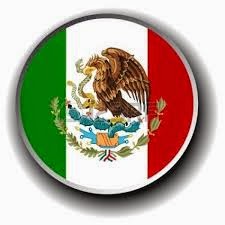 
The celebration typically begins on September 15 (the eve of Independence Day) with crowds of people gathering in the zócalo (town plaza) of cities, towns, and villages.

In Mexico City the huge Zócalo - the third largest city square in the world - is decorated with flags, flowers and red, white and green lights. Puestos (stalls) are set up and vendors hawk confetti, whistles, horns, paper-mache helmets and red, white and green toys. At 11 p.m., the crowd becomes silent as the president of Mexico steps out on the palace balcony, and rings the historic liberty bell, giving Grito de Dolores. As he shouts the traditional, "Viva Mexico," "Viva la Independencia," and names some of the long-departed revolutionary heroes, the crowd echoes each time with "Viva!" as streamers, colorful confetti and roaring rockets fill the air.

Throughout Mexico the actual day of September 16, is celebrated with much pomp and circumstance with colorful parades, rodeos, parades, bullfights and fiestas. Statues of Father Hidalgo are decorated with the red, white and green colors of the Mexican flag.The green on the left side of the flag symbolizes independence; the white in the middle symbolizes religion, while the red on the right side symbolizes union.

A New Dish is Created
After Iturbide was named Emperor Agustín I, the residents of Puebla threw a party for him as he passed through the area celebrating his new position. According to, nuns from a local convent rushed to create a special dish in his honor. Using local ingredients, which happened to be in season, they created chiles en nogada - as tasty dish of Poblano chiles stuffed with picadillo, covered with a creamy walnut (from the nogal tree) sauce and red pomegranate seeds.

Because of the color, it's considered a very patriotic dish and is only available in late August and September and while it is a traditional dish of Puebla, you will find it throughout Mexico during this season. If you happen to be in the area, be sure to try it as it is considered Mexican "haute cuisine."